Private journaling is a better alternative to meditation. 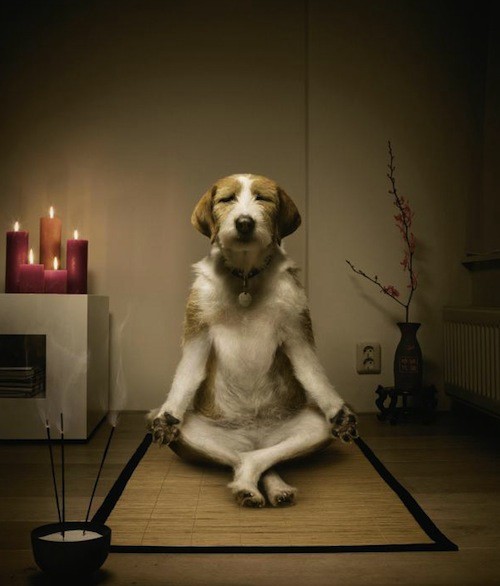 It’s pretty much the simplest, cheapest way to improve your life that has ever been invented.

The only problem with meditation is that it’s just too simple. I can’t get a hold of it for very long — it resists habitification. Maybe you know what I’m talking about?

I’ve tried. On Coach.me I’ve had a few stretches of 4+ straight months where I meditated pretty much every day.

I’ve used Headspace. I’ve used Brain Beats. I’ve used Equanimity. I’ve used nothing. I’ve used NSR. I’ve read The Power of Now, Waking Up, Creativity Inc, Wherever You Go There You Are, Search Inside Yourself. I’ve done a 10 day silent meditation retreat. I’ve meditated on BART, on walks, on a cushion in a private room, at my desk. I get meditation, with its paradoxical mission of focusing so intently on not focusing on anything at all. I’ve done “it”.

There’s something slippery about meditation. I can never quite get a good grip on it. I feel like someone with Alzheimer’s waking up each morning having the same conversation with myself about who stole my shoes, then some stranger I’ve never seen before gently informs me that they’re right where I put them the night before.

The people in my head

One thing I learned during my silent meditation retreat is that my head is full of random voices. When I stopped talking for a while, the voices slowly started running out of things to say, and I could start telling them apart. Some voices had different characters, even. Different standard dialogues, different tones. After about 4 days they disappeared entirely. When my meditation practice is moving along pretty well, it’s possible for me to listen to the voices in my head without identifying with them directly. The rest of the time they’re so familiar to me that I usually don’t hear them… their thoughts are my thoughts. But I always know they’re there somewhere.

In Sam Harris’s recent book, Waking Up, which I recommend, he mentions a couple of these similar themes that always come up. How in some ways our minds are not singular. You can cut the corpus callosum and essentially have 2 minds that are both “you” living side by side in the same head. Daniel Kahneman, in Thinking Fast and Slow, also highly recommended, breaks it down into System 1 (the fast, intuitive, automatic, emotional brain) and System 2 (the rational, guiding, intentional brain). In Marvin Minsky’s Society of Mind, yes, highly recommended, he talks about how our brains could be considered to be an entire community of partial minds, with a throne (the self) that appoints leaders to run things, and that throne goes through power struggles, times of revolution and times of dictatorship and times of peaceful solidarity.

(I personally have a weird theory that our brains are running a constant simulation of the universe, which includes models for our self, other people, other forces, in order to tell a story about the past and predict the future.)

In any case, one of the primary benefits of meditation (for me) has been that it has pushed me along this long learning curve about the voices, people, models, simulations in my head — the ability to hear, and observe, the inner debate that’s always going on in my head, and to recognize the difference between “me” and all the noise.

I run this site called 750words.com, which was built in 2009 and was inspired by the concept of morning pages as described in Julia Cameron’s book, The Artist’s Way.

The basic rules of free writing were captured pretty nicely by Natalie Goldberg (lightly edited version of the Wikipedia entry):

Notice the similarities to meditation. The specific limitation of time, the gentle persistence of staying on track during that time, being an observer rather than a critic of what’s happening in your head, stay on track, stay on track, let the ideas flow and just watch them, stay on track.

The reason I think free writing is better than meditation, especially for those of us who constantly slip from the practice, is that it includes solid grips on slippery thoughts. The act of typing serves as a hand rail on our thoughts, and occupies a certain part of the brain that generally gets restless and looks for something to do, because it’s already doing something: typing. Disabling that restless squirrel in your brain is the reason why activities like walking, showering, doing the dishes, gardening, etc are all such great activities for stirring up creative thoughts. Free writing has the added benefit of providing a tangible trail of thoughts as they rise up. You’re essentially hitching your subconscious directly to your typing fingers.

As you write, you also read what you’re writing. Sometimes I suspect that certain parts of my brain are seeing the words for the first time.

Imagine a fountain of thoughts bubbling up from your subconscious. Your conscious brain receives these bubbling thoughts during meditation, and we often get caught up in one and float away in a thought bubble. Eventually it pops, and we’re back, but it’s a lot of work. With free writing, we have a convenient method to step back from the fountain and observe the bubbles and let them float away on their own… because we are too busy recording them. The separation between thought and self becomes easier to discern and maintain, the same way that carrying a camera around a party creates a separation between party and party recorder.

In order for this to work, the typing has to be truly free. This means that the critical, editing, judging, vetoing, guiding, interpreting part of your brain — the neocortex—has to be almost entirely disabled. The easiest way to make this happen is to type into a box that can’t be opened by others. This is why I think 750 Words serves an important purpose. While other journaling tools may have more features, I will never let anything typed on 750 Words be public. These words are typed into a box (and are searchable by you) but they won’t ever get cross-posted to your blog, or to Facebook, or found under your bed, or on your computer. Creating this level of privacy for your words is the only way your neocortex can let down its guard, and let the real words out, so that you (and the rest of your brain) can read them.

Chapter 2 of this episode of NPR Radio Hour goes into a bit more detail about the value of shutting down your neocortex and its relationship to creativity and flow.

Over the last 5 years I’ve done about 350,000 words of free writing, and it has helped me know myself better than anything else I’ve done in that time. If you’re frustrated with meditation, and haven’t tried free writing in this way before, it’s worth looking into. Good luck!