Getting super angry isn’t as fun as it used to be. 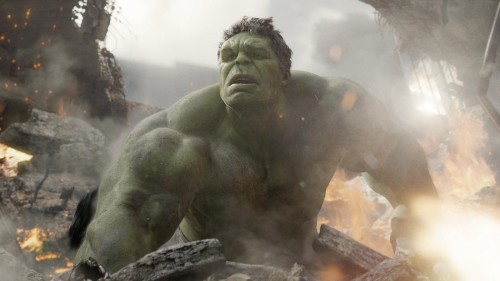 Next time you find yourself ENRAGED ON THE INTERNET, ask yourself these questions.

Does this person or organization or whatever make money off getting peoples’ attention? (This includes celebrities, television shows, media publishers, and pretty much everyone that makes money from showing you advertisements.)

If so, there’s a fairly high chance that you are being PUNK’D. Meaning. They are deliberately TRYING to get a reaction out of you. The angrier you get, the louder you shout about how angry you are, the farther their message goes, the higher their ratings, the more ads they sell, the more of your SOUL they capture. And what do you get in return? The endorphin rush of anger, and a world where people are encouraged to make you even angrier next time. (How are the VMAs gonna top this year’s ratings next year? Wait and find out…)

LOOK. It’s okay to be angry. But why give them the satisfaction of falling into their psychological trap? Why not, rather than give them exactly what they want, think of a way to get what YOU want.

If this describes your rage correctly, go to STEP 2. Otherwise, continue on to the next question.

Has this person or organization changed something that you love? (This means that a certain part of your day that you typically go to for comfort, reassurance, anti-FOMO protection, or other habitual impulse has been changed and your routine is THROWN OFF COURSE by a change that they didn’t consult you about.)

If this is the case, first, read this top 3 article explaining the Internet and how it works: Why Wasn’t I Consulted? (WWIC for short).

Has someone said something that you believe conflicts directly with your value system? There are two versions of this problem.

If it’s #2, then let it drop. Do not pass go. Close your browser/phone and give yourself a time out until the rage has subsided.

If it’s #1, read this XKCD comic immediately and then proceed to STEP 2.

STEP 2: Talk to the rage

Before you PILE ON with your enraged brethren and sistren with quick-witted bullet-proof self-righteousness somewhere on the Internet, ask yourself this question:

Which of my deeply held beliefs has been violated?

I track my beliefs, and update it whenever I get enraged.

Celebrities popularize a false connection between vaccinations and autism and cause measles outbreaks to break recent records? Update the file.

The NSA gets caught stealing our private records? Update the file on my beliefs around privacy.

And sometimes I realize that whatever I’m angry about doesn’t actually violate any of my strongly held beliefs, and I was really just using it as an outlet of otherwise pent up emotions.

STEP 3: Learn something about yourself

The overall effect is that rather than react emotionally in a rather crude and impulsive way that I might later regret, I use my anger as a chance to reflect on my true beliefs (often times realizing what they are for the first time!).

I learn something about myself, and also, because beliefs are actionable, I end up feeling MOTIVATED TO ACT instead of just impotently ENRAGED.

And I have one less enraged tweet to look back on in a couple years and cringe at.

How does this mesh with your own deeply held beliefs about all that is wrong in the world? Hopefully it doesn’t make you too ANGRY.